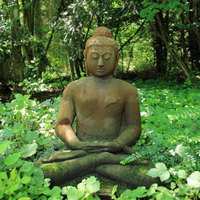 The Spider as a Spiritual Symbol

Entanglement and liberation, thoughts on the spider and its web…