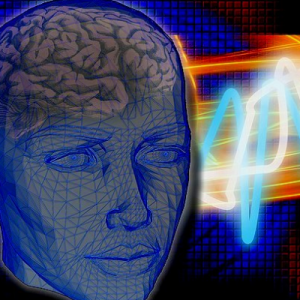 Sam Harris (2012), who is an atheist, argues that we should use the word spiritual, while Tom Flynn (2016), who is the Executive Director of the Council for Secular Humanism, says we shouldn’t.

Tom Flynn rightly calls us to be careful about our language. There can be no doubt that the words spirit and spiritual are problematic, at least in their modern connotation.

The word spirit is derived from the Latin spiritus, which in turn is a translation of the Greek pneuma, both mean “breath” in their root definition. But they took on a deeper meaning. As Thayer’s Greek Lexicon (1911) explains, Aristotle, Polybius, Plutarch, and others used spirit to refer to “the vital principle by which the body is animated.”

So how did the word for breath come to refer to the “real you” inside the body? Well, what is the first thing you notice about a dead person? They are not breathing. Their breath has left. Hence, “breath” was thought to be the vital principle in living things.

This only makes sense. The difference between a dead body and a living body is that one is breathing while the other is not. This was why breath was equated to life. When the breath ceased, life ceased. It was a small leap to think that the real person left the body when the breath left, and hence the spirit was somehow different than the body.

But what actually happens according to science? The heart stops pumping and the brain shut down, which shuts down consciousness. So spirit is the mind/consciousness in living things. It is not that the primitive people were completely wrong; it is just that they did not fully understand death. Death is not the result of the breath leaving, but the stopping of heart and brain.

Just think for a minute. The body ages but the consciousness never seems to age. This gives the illusion that the two are separate. This is why most people believe in a dualism of mind and body. Scientifically, the separation cannot be sustained.

One of the definitions of spirit in the Webster’s New World College Dictionary, is “life, will, consciousness, thought, etc., regarded as separate from matter.”

You can see this meaning even in the Bible, “For what man knows the things of a man except the spirit [consciousness] of the man which is in him?” (1 Corinthians 2:11 NKJV). In other words, it is a person’s consciousness that is aware and “knows a person’s thoughts” (NIV).

If spirit is consciousness, then spiritual refers to the expansion or deepening of consciousness. “There seems to be no other term,” writes Sam Harris, “with which to discuss the deliberate efforts some people make to overcome their feeling of separateness—through meditation, psychedelics, or other means of inducing non-ordinary states of consciousness.”

Now it should be stressed that in no sense does my use of spirit, spiritual, or spirituality mean to include any ideas of something supernatural or some kind of entity, separate or distinct from the physical body. My use of these terms are completely secular, naturalistic, and nontheistic.

Now, admittedly, the dispute between those who are for, and those who are against, the use of spiritual and spirituality, is ultimately semantic. Those on both sides have some good points. But contrary to what some have said, there really is no better word for that mysterious quality of expansion or deepening of consciousness than the word spiritual.

Spiritual But Not Religious

Religion can be defined functionally or substantively. Substantively religion is the belief and worship of God or gods, usually seen in its institutional expression. Functionally it is seen as dealing with, to use Paul Tillich definition, “ultimate concern.”

So what does it mean to be spiritual but not religious? In this context, religion is seen negativity as a dogmatic, judgmental and narrow-minded institutional worldview. Whereas, spiritual being a nondogmatic, nonjudgmental, and broadminded way of being.

But it can also mean being nonreligious in the sense of not believing in God or gods, but being open to experiencing deeper or expanded levels of consciousness. And that is the way I mean it.

My background in mysticism and Gnosticism informs my focus on “union and communion” with reality. In Christianity that reality is God, but as naturalists, we know that nature is the only known reality. I contend that the feeling of union and connection is real, but that Christianity’s interpretation is wrong.

Now what part of us is experiencing that “union and connection”? It is our consciousness, which then produces effects on our emotions. So the feeling of wonder, awe, and rapture are effects of an altered state of consciousness. I think this can be proved by the works of William James and others.

So here is what happens in a spiritual experience. Whether through drugs, meditation, or outward events, one experiences a moment of connecting with a larger reality. This connection is an expanding or deepening of consciousness, that is, it effects our awareness. This then produces any number of feelings and emotions that are usually associated with spiritual and mystical experiences. These are simultaneously filtered through one’s conceptual framework, which may enhance or diminish the feelings.

The Essential Matters of Life

Now if nature is our “Ultimate Concern,” as Donald Crosby (2002, 119) contends, then our spirituality should be nature-based. And “to have spirituality is to be concerned with the larger, deeper, and essential matters of life” should also be nature-based (Strain, 2016).

Spiritual Naturalism is about cultivating an expanding and deepening awareness of our connection with and interdependence on nature, and hence, holding nature as our Ultimate Concern and therefore as sacred. “Nature means more to Religious Naturalists,” writes Loyal Rue (2011, 110), “because they take nature to heart in ways that differently shape their thinking about nature, how they feel about it, and of course what they are disposed to say about it.”

Understanding that spirituality is “the quality or state of having or developing an expanded or deepened consciousness” of our union and connection with nature, how should we live?

There are strategies developed by naturalistic religions and philosophies that can help us better connect with reality. The most obvious one is mindfulness meditation. But there are many more. The important thing is to get out of your head and into your life.

When you are outside, stop and notice the sights and sounds around you. Really pay attention to what is happening in the here and now. We connection to reality by being present for what is happening.

Nature is sacred, and you are nature. You don’t live in nature, you are an interdependent part of nature. Feeling this interconnectedness and sensing that you belong – that you are home, is the basis for natural spiritual experiences. That is the air we breathe as Spiritual Naturalists.

2 thoughts on “Spirit as Consciousness”