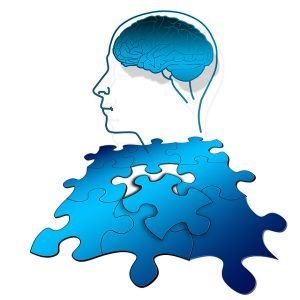 What is critical thinking? It doesn’t mean criticizing what people say. In this context, explains Sylvan Barnet and Hugo Bedau, the word critical “implies conscious, deliberate inquiry, and especially it implies adopting a skeptical state of mind” (3). Brooke Noel Moore and Richard Parker give the best short definition, “critical thinking is the careful application of reason in the determination of whether a claim is true” (3).

Why is critical thinking important? It is important because not everything you hear and read is true. And since none of us what to believe what is false, we must have some way to tell the difference between what is true and what is false. Nobody wants to be wrong. This is where critical thinking comes in. It gives you the skills to think more clearly.

Martin Cohen says that “Lesson One in critical thinking is that you need to always be aware that what you think on any issue may be wrong.” He goes on to say, “Lesson Two is the harder learnt: what you read others saying may be wrong too” (294). A skeptical state of mind is required in order to think critically about anything. We are too prone to overlook evidence that is contrary to what we already believe.

“The fundamental cause of the trouble,” writes Bertrand Russell, “is that in the modern world the stupid are cocksure while the intelligent are full of doubts” (Cohen 12). The sure sign of shallow thinking is the dogmatic attitude towards what they believe. As you grow older you realize the wisdom of the saying, “The wider the pool of knowledge, the greater the shores of ignorance.

A claim, sometimes called a truth claim or proposition, is “a statement that is either true or false” (Moore and Parker 500). Not all statements are claims, but many statements are. In fact, we hear claims every day of our lives. The problem is that we don’t question these claims and ask if they are really true. A claim is true if it corresponds to reality, it is false if it does not. When what you think matches the way things really are, you have a true claim.

Furthermore, a claim can never be completely comprehensive. In other words, a claim is made of words, and words are not reality – they are symbols created to represent reality. As such, words cannot contain the depth and scope of reality itself. This is why Zen Buddhism warns us about mistaking the symbol for the reality. Just because you know the definition of humility doesn’t mean you have humility.

Beliefs are claims that we have accepted as true. Critical thinkers should be careful about what they accept as true. They should have good reasons for the things they believe. But many times we don’t have good reasons. Often times we just accept the beliefs of family, friends, and the media. We should learn not to automatically believe everything we hear. We should test it out, think it through, weigh the evidence, discern the assumptions, and come to a reasoned decision.

Faith and belief are different, and you should be aware of this difference. Belief is merely the accepting of a claim as true. It says nothing about the grounds for that belief. Some beliefs are justified, which means there are good reasons for accepting them. Other beliefs are unjustified, they are reached not by solid reasoning but bias, prejudice, or emotional considerations. The point is that the word belief says nothing about the grounds of accepting a claim.

Faith, on the other hand, does indicate the grounds of belief, or the lack thereof. Faith is accepting a claim as true without evidence, without good rational reasons. Faith and trust should not be confused, trust is confident reliance on a person or thing, but says nothing about whether this trust is warranted. In this sense, trust is like belief, it does not indicate whether the grounds for the trust or belief is good, bad, or nonexistent.

Claims are statements that are true or false. Once a claim is accepted as true it becomes a belief, and beliefs are very important. As Joyce and River Higginbotham point out, “What you believe about yourself and your world determines to a large extent the kinds of experiences you will have and how you will interpret them” (45). Your experiences in life are limited by your beliefs, and then they are interpreted by your beliefs.

If you take a hike on a mountain and are suddenly in rapt awe, your experience will be filtered through your beliefs. This network of beliefs is called a paradigm, it is the mental map you have created of the world. It is the world as you interpret it, your worldview. The rapt awe will be interpreted by a Pagan as union with Mother Nature and a Christian as God. All our experience are filtered and altered by what we believe. Beliefs shape your view of reality, and as such, they shape your life.

The problem is that paradigms allow us to make sense of the world, but they also blind us. We can’t see any other perspective but our perspective. Everything makes so much sense to us, we are just so certain that reality is how we envision it. We are caught in the paradigm prison, a prison for the mind.

Paradigms are not optional, we need them to think at all. They are our effort at trying to fit the pieces of the puzzle of reality together. Unfortunately, many us inherited our paradigm from our family and society, and few actually question the paradigm that they inherited. This is why, generally speaking, Muslims come from Muslim countries, Christians come from Christian countries, Hindus come from Hindu countries, and so on. Being born into a Muslim country is not a good reason to be a Muslim.

Critical thinkers know the dangers of being stuck in a particular viewpoint, and that is why they try to expand their vision, look at things from a different perspective. They know that a claim that can’t be tested shouldn’t be trusted. Sometimes you may find that the opponent’s viewpoint is actually closer to the truth. They you will have to decide whether you follow the truth or whether you just don’t want to be wrong. You might also discover that we believe many things for other than rational reasons.

Since the truth can never be known with absolute certainty, we need to accept the fact that we will never know for sure that we are right. That should bring a sense of humility and perspective into every conversation. But for some people, that will cause distress and unease. For if we don’t know anything for sure, what about questions of God, death, hell, and the afterlife?

Evidence is the basis for accepting or rejecting a claim, and a lack of evidence either way is the basis for suspending judgment. By evidence I mean objective and verifiable facts, observations, or inferences. The ultimate authority for the critical thinker is evidence. The scientific method is the best self-correcting means to evidence that we have developed. The further we get from science and into more subjective things, and the more careful we need to be in our thinking.

In weighing the evidence, you are trying to reason to the most probable claim that offers the best explanation of the evidence. You want to make sure the claim is logical and consistent, based on objective physical observations, that it works in real life, and that it answers best all the questions raised by the issue.

The Burden of Proof

There is a teapot buried 12 feet deep somewhere on Pluto. Do you believe me? Why not? You can’t prove that the claim is false. I mean, it could possibly be that NASA sent a probe to bury a teapot on Pluto. It could be true, I mean it is possible, no matter how very unlikely.

First, this demonstrates the difference between the possible and the probable. A teapot on Pluto is not probable and therefore should not be believed. But a second point is revealed by the line, “You can’t prove that the claim is false.” Possible claims and mere assertions are the same thing. And this is why the understanding the burden of proof is so important.

The rule of the burden or proof says that a person who makes a positive claim has the burden to prove it. In other words, if you affirm that something is the case, it is your responsibility to give good reasons for accepting your claim. This also means that the person denying a claim has no obligation to prove a negative. In the case of the teapot, the burden of proof says you have no obligation to prove that there is no teapot on Pluto. Rather, it is my job to first give you evidence of my claim.

Once an affirmative claim is made and evidence is offered, it is only then that the burden of proof switches to the person denying the claim.