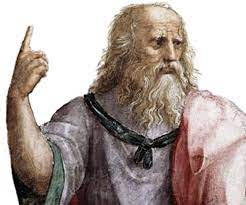 There are lots of ways to be an atheist. Atheism needs to have diversity if it’s going to flourish, and, eventually, move beyond mere denial of theism. So far, unfortunately, atheism doesn’t have a culture of its own. This means mostly that it relies on the dominant surrounding Christian culture – most atheists are cultural Christians. Although atheists deny that Christian doctrines are true, they still regard Christianity as normative. Consider spirituality. Lots of atheists think spirituality means having to do with spirits, where spirits are conceived of in the Christian sense. They use a Christian Dictionary to define the concept of spirituality. Or they use the Christian Dictionary to define other concepts like mystical experience. Christians say mystical experiences are about God. Lots of atheists agree. But since there is no God, those experiences aren’t about anything.

I’ve long been advocating for building new non-theistic cultures. These will be cultures which do not believe in God and which do not regard Christianity as normative. These new non-theistic cultures need to be based on philosophies, philosophies which give them deep or ultimate meanings. There are already some examples of people building new cultures based on old philosophies. One example is Westernized Buddhism, which drops lots of the old supernatural aspects of Eastern Buddhism. Another example is the new Stoicism, which updates and naturalizes old Stoic ideas. Buddhism has built more of a culture than Stoicism. It’s got art. It’s got images and statues. It’s got practices. All these things help to define it as a cultural movement. There’s lots that’s impressive about these new cultural movements. They show that new cultures can be built.

I think that to build new atheistic cultures, we need to follow the example of the new Buddhists and Stoics: we go back into older philosophies and modernize and naturalize them. I find Platonism to be especially attractive here. Platonism was a rich ancient philosophy, with a very long history. And it wasn’t just theories about abstract aspects of reality. Ancient Platonism was associated with lots of practices. These were practices mostly embedded in pre-Christian pagan cultures of ancient Greece and Rome. Some of the doctrines and practices of ancient Platonism involved deities – the gods and goddesses of the Olympian pantheon, as well as many others. And Platonism does have theistic aspects.  But it’s surprisingly easy to edit Platonism (like the new Stoics edited old Stoicism) to get a non-theistic philosophy.

The deities in ancient Platonism don’t much resemble the Christian God or the other Gods of the Abrahamic religions. The Olympians had bodies. They were superhuman animals, not immaterial spirits. Today, there are futurist movements, such as transhumanism, which argue that we can use science and technology to create future superhumans which will be like those Olympians. So those deities can be naturalized. And it’s really easy to just delete the theistic God from Platonism. That God (which Plato calls the Nous or the Demiurge, and Plotinus calls the Divine Mind) doesn’t really do anything. Platonists believe in abstract objects, like mathematical objects and moral objects. Platonists believe in mathematical laws like the Pythagorean theorem and the axioms of set theory. And in moral laws like the Golden Rule or the Categorical Imperative. We believe in values like truth, beauty, and goodness. These are objectively existing values.

Atheists are often accused of being immoral – of being moral relativists or moral nihilists. Moral relativists think morality is just your opinion, while moral nihilists don’t think there are any moral rules or values at all. Both positions are widely condemned, because they seem to justify anything. As Sartre said (he was paraphrasing Dostoevsky): if God is dead, everything is permitted. But only a cultural Christian would believe that. You’d have to think Christianity was morally normative to believe that atheism entails either moral relativism or moral nihilism. Unfortunately, far too many atheists believe that Christianity is normative.  Atheistic Platonists deny that God has any connection to morality.

As Platonism became dominated by Christianity in the late Roman republic, some pagan Platonists became pagan monotheists: they fused the One and the Good together with their pagan God. But that move already broke with Platonism and lead to Christianity. It’s a move that atheistic Platonists have to undo. The One is not God; the Good is not God; and the Good is not the One. We need to go back to the early, pre-theistic sources to clearly separate these ideas. Once we do, we can see that God is irrelevant. Any work attributed to God is more accurately attributed either to the One or to the Good. The One helps to ground our explanations of existence. The Good helps ground our morality.

Just as ancient Platonism was a pagan philosophy, so atheistic Platonism is a kind of atheistic paganism. It is atheopaganism. One great advantage of this atheistic paganism is that it helps give atheists a rich system of symbols and practices. Here it’s interesting to point out that much of Wicca was directly inspired by late Roman Platonism. Gerald Gardner read Sallustius’s On the Gods and the World and used it as the basis for many Wiccan doctrines and practices. Of course, atheistic Platonists aren’t going to be Wiccans. But we can naturalize many of the old Platonic symbols. When neopagans talk about the cardinal elements like fire, air, earth, and water, they are using Platonic symbols. Rituals involving the directions and the solar holidays have their roots in ancient Greek and Roman practices. The pentagram is an old Pythagorean symbol.

Here’s just one simple example. New Agers often say crystals have magical properties. Of course, there’s no evidence for their claims, and those claims are false.  But crystals have become culturally associated with the New Age. But now there’s a twist: belief in the magical properties of crystals isn’t really theistic – their magical properties don’t come from any deities or any God. They are allegedly natural. Thus many contemporary atheists use crystals for various purposes. The theory of magic that appears in both the New Age and neopaganism comes from Platonism, from writers like Plotinus and Iamblichus. An atheistic Platonists can use crystals in another way. The orderly structure of crystals can be used as a symbol for the rational structure of nature. Any atheist who believes that reality is rationally ordered can wear a crystal pendant to symbolize that rationality. I can already hear the complaints: But crystals mean woo woo! Well, that’s what they mean if you think woo woo is normative. Why would an atheist think that? Why do atheists constantly give cultural authority to superstition and supernaturalism? Atheist Platonism offers atheists a way to gain their own cultural authority. 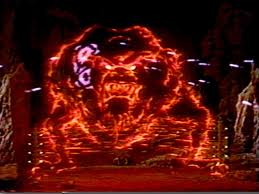 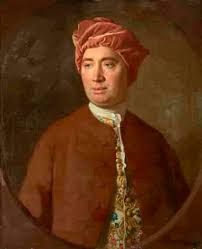 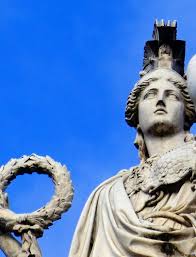 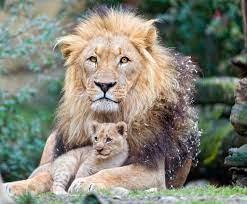 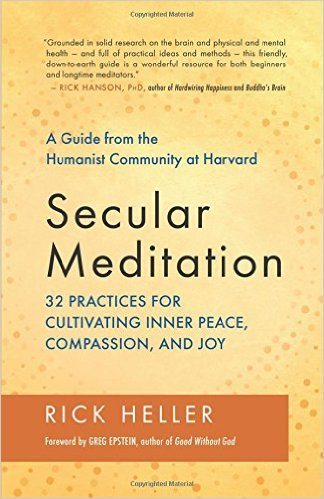 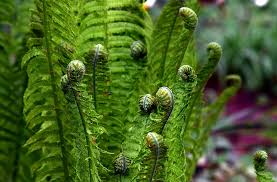